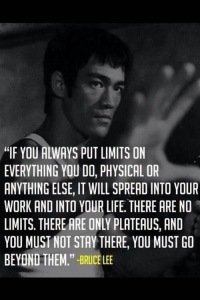 Let me just go ahead and throw this out there: I blew the roof off of the goal I created in Poop And Love, Entry 3: Project Iron Man: To break my personal body mass index record, coming out of my worst ulcerative colitis flare since my diagnosis in 2003. I’ll share the scoop with you, if you will agree to be infected with positivity and sexy confidence. 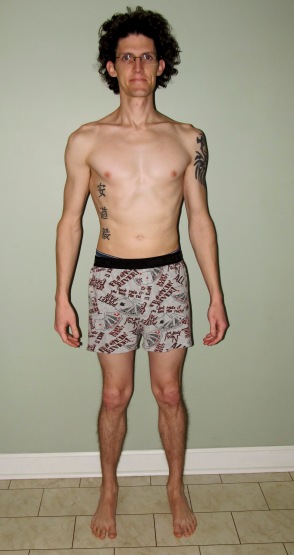 From January to May, I spent a whole buttload (badump, chhhh!) of time in the usual self-pity, anger, resentment, yada yada yada. I finally had enough, I got some stellar coaching from a few friends and mentors, I got off my sappy ass, and I created a plan to gain the weight back and become a confident, sexy-ass beast.  I ran with this change in mentality and created my first goal: To return to what I weighed before the 2015 flare (145 lb.). I started with pushups and a 20-lb. kettlebell, which I affectionately named Rose Bud. I improved quickly and in June moved up to a 35-lb. kettlebell. I named it Pain. By July, I’d met my first goal. This is me in June at 140 lb., and closing in on my first goal: 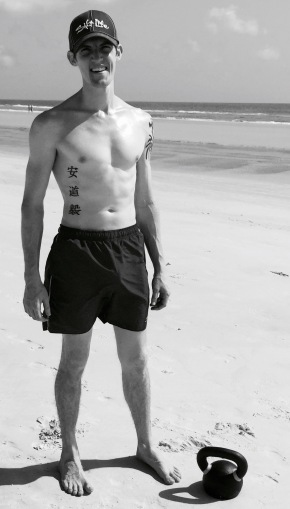 On September 24, 2015, after I’d maintained my original bodyweight for a few months, I created a brand new goal to push it a step further: Break my personal body mass index record by gaining an additional 12 lb. of muscle in 32 days. Easy right? (Yeah, I have a lot to say about that, and I’ll address all the naysaying canker blossoms in a later post). I digress. I’m what you call a hard gainer, an ectomorph. I’ve been skin and bones all my life. Combine that with ulcerative colitis and you have a condition that I like to call Jack Skellington Syndrome.

In a society where being slim is the Holy Frickin’ Grail of all that’s sacred, maybe that seems like a luxury. But when you come from a background (as I do) of always the weak one, the frail one, the bullied one, the last one picked for sports, etc., then being slim serves you about as well as a Motrin for chlamydia. It’s all about perception, my friends, and everyone has a unique one. For more on the life of an ectomorph, see Poop And Love – Entry 2: You Are A Sexy Beast. In the spirit of being fit for life and a confident, sexy-ass beast, on September 24, 2015, I got started. I charted my progress: 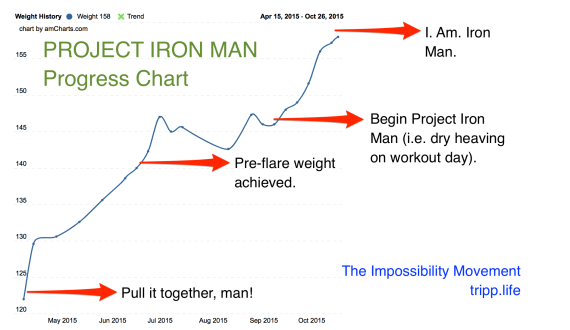 I used the kettlebell workouts from Pavel Tsatsouline’s Enter The Kettlebell; I added knife-handed diamond pushups; and I threw in some good old fashioned deadlifts using a standard barbell and some stacked concrete blocks. These were some of the toughest workouts I’ve ever experienced. I occasionally found myself dry heaving during and after. To build muscle, you must push them to COMPLETE FAILURE to trigger the release of growth hormone. I discovered that this takes tremendous mental discipline. When your mind says you’re done, you usually have a few more reps left. You have to push yourself beyond your mental limits.

And yes, you have to diet to gain weight too (and even more so with ulcerative colitis, because you also have to avoid foods that can trigger another flare). Sorry to suck the Febreeze from the naysayer’s last BM, but it’s damn sure not as simple as scarfing Big Macs and fries and donuts and Funyuns all day. You have to limit your sugar intake. You have to limit your fat intake. You have to measure your carbs and protein. And you have to count calories like Dustin Hoffman counts toothpicks in Rain Man. By the  October 26, 2015 deadline that I declared on September 24, I had exceeded my goal by a pound, weighing in at 158 lb. BOOSH. Here’s what that looks like: 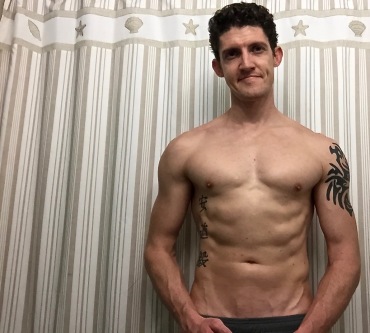 Stepping into the arena, declaring a goal, and blowing the roof off of it will light you up. And it’s within the realm of possibility for anyone. I got so proficient with the 35-lb. kettlebell that I moved up once again to a 53 lb. kettlebell. I named it Rebirth. Here are some expected (and unexpected) results:

I’m not Bodybuilding Magazine‘s next cover model, but I don’t really give a crap. This project wasn’t based on comparison to anyone else. I did it as a testament of personal power and discipline, and as a means to light you up, to inspire you to dream up something and go after it. Let me tell you a secret about experiencing the miraculous in life: Declare a goal, something big, something that scares the shit out of you, something that seems impossible, and then make a relentless commitment to deliver on it, even if you have no idea how you’re going to do it.

I like to make promises that I’m not sure I can keep, and then figure out how to keep them. – Sophia Amoruso 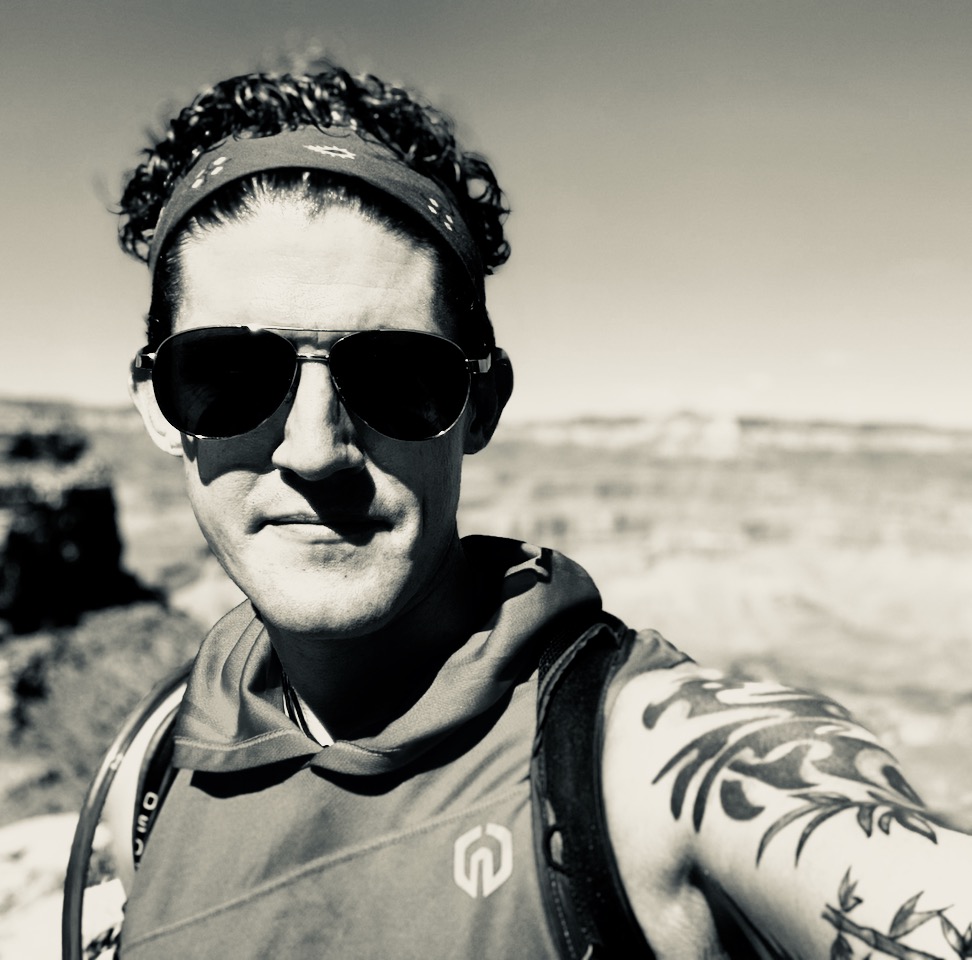