In 2016, a few months after my breakup with Alex, I opted for a change of scenery. I made a move in nursing from Emergency Medicine to Hospice (End Of Life) care. It was a sort of radical change, considering that up to that point, I had only focused on saving lives, and here I was escorting people OUT of their lives.

At any rate, I found it to be a very thankful and rewarding specialty. . .well, except for that one time my ankles were violently attacked by this toothless pistol of a piss ant chihuahua. I couldn’t tell if she mistook me for the Angel of Death (understandable; I mistook her for a possessed fruit bat), or perhaps assumed I was the morphine milkman, and she was super jonesing. 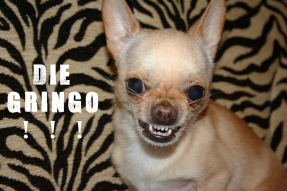 Anyway, it wasn’t uncommon for the families of terminally ill patients to invite me into their homes, serve me breakfast, and discuss the meaning of life. I developed some deep and touching connections with them.

I recall visiting the home of a sweet old African American woman who was dying of Alzheimer’s disease. She was the most gentle spirit, and she had a daughter who was living with her in their humble quiet home to assist with her personal care. The three of us would sit and talk about life during my nursing visits.

During one such visit, the patient’s daughter, Ms. A, inquires about my children, which leads to a conversation about social life. I reply that I’d dated someone for a few years, had become engaged, and had recently broken off the engagement.

“Wow,” she replies. “What an incredibly brave thing of you to do.”

I don’t know why, but of a sudden, I’m choked up. Like some damned frail-ass gazelle on a frantic unplanned mission to not die, prompted by a days-starved cheetah’s moment of fame on National Geographic, I’m thrown into an impromptu attempt to squelch a couple of hellbent tears. I promptly pull the Self aside.

“Jesus! What the Smith & Wesson hell is wrong with you?,” I ask the Self.

The Self answers back, “Hey jackass, you’re still dealing with the guilt of breaking a heart, and you feel like you’re a coward.”

“Precisely,” says the Self. I have no retort to such a true statement. I roll my eyes to signify my disdain, like I’m trying to spy my own optic nerve.

Ms. A continues, as if to have been patiently waiting on my schizophrenic conversation to pass. “It’s quite something to step forward and say what you really want. So many people KNOW what they really want, but are terrified to admit it. And they live a life of unhappiness. It is very courageous of you to admit what you want and to declare it, despite the hurt it may have caused.”

In that surreal moment, I realize that I truly did the right thing. I was true to my intuition, my instinct, 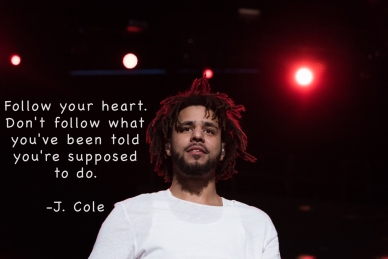 for my sake and my ex’s. I feel a spark of self-respect return to me. I took some time to reflect on the words of dear Ms. A. After some contemplation, here are five things from my own experiences that I believe will expedite the transition in big life changes, particularly break-ups and divorces.

A brief word about children. Leave them out of it. OK, everyone with half a brain knows not to involve kids in adult problems and conversations. What may not be so apparent, however, are the unwitting ways in which kids may be shouldering some of your adult stress, be it an underhanded comment, a subtle attempt to have them side with one or the other. . .hell, your overall general mojo. Don’t bullshit yourself. Hating is EASY. If you want to pave the way for both you AND the kids to thrive, show them true strength in forgiveness. Love your ex and let your kids know they are still safe and secure.

Lastly, this isn’t the time to take it on the chin, put your head down and push forward. REACH OUT. Self-reflection in private can certainly be therapeutic, but I don’t recommend going at the whole thing solo. Fellowship with friends and family is a vital part of healing.

Say it until you believe it. Cheers.

One thought on “About A Breakup, Part 5 of 5: Rebuilding”