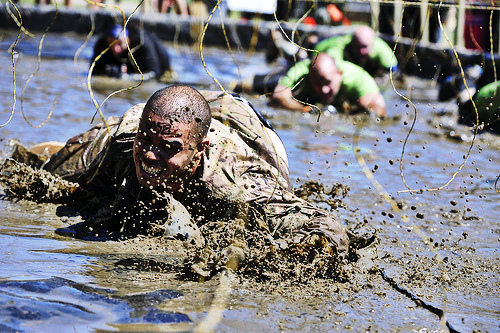 My friends, this is a story of triumph, success, inspiration, passion and the ultimate life. And it hasn’t been written yet. Join me on a journey, for I am going to show you how to get anything you want out of life. Well, now that the lofty promises are out of the way, I have no choice but to deliver on what I’ve declared, because I’m not in the business of blowing smoke up your proverbial arses. (Also, FYI, I’m officially scared shitless).

Here’s the back story: On August 24, 2014, I publicly announced that after a several-year music hiatus, I was approached by a local record label and had accepted an offer to sign on for a record and performance deal. A week before, I’d told the label CEO that I wouldn’t say “yes” unless I was prepared to go all out. I took a week to mull it over, to sift through my fears, and then I pulled the trigger. I hit the ground running at full speed. In a matter of a few months, I auditioned many musicians, put together a band, found a recording engineer, lined up a photo shoot, created a Facebook page, started an account on Reverb Nation, set up a recording session and more, all while maintaining my full time job as an ER nurse.

The day before the recording session began, my manager notified me that one of their other artists had filed a legal dispute against the record label. I ended up unexpectedly borrowing money to fund the first session out of pocket. Several weeks later, the label CEO regretfully informed me that the legal dispute had dealt a crushing blow, and they would likely be shutting down. We made the unfortunate mutual decision to abolish contracts and part ways with business. I wish my ex-manager well, and he continues to serve as a consultant.

Alas, my friends, I cannot count the number of times I’ve faced adversity in this life and thrown in the towel. With music, with jobs, with school, with start-up businesses, with relationships, I have a history of giving up at the first sign of challenge. My historic motto has always been,

When the going gets tough, look for the nearest exit.

Ultimately, I accepted that this is who I am, and I’m OK with that. I took all this as a sign that despite my passion for writing, for touching souls with music, for inspiring people with my songs, for creating electric unity through live performances, I just wasn’t meant to be a full-time musician. It was worth a shot. And then I politely thanked that particular train of thought for sharing its useless opinion and invited it to go to hell. I’m Tripp (enter preferred expletive) Powell. See this post for how I discovered fearlessness.

My friends, we are not weak, frail beings, despite what the press and the world relentlessly try to convince you, and despite what you may tell yourself. We are powerful people who are completely capable of creating lives that we love. Losing a record deal presents a PERFECT opportunity for me to represent that. I’ve told so many of you about what transformations I’ve experienced over the last few years. I am transformed, and I’m inviting you to experience creating a dream as it unfolds in real time, label or no label, and not for my sake alone. I aim to inspire you to do the same for your dream.

Don’t just be a spectator. Jump in. Get tenacious and unreasonable. Be done with dreaming for dreaming’s sake. Be done with getting by, surviving. Be done with getting out of bed every day for the simple reason that you didn’t die during the night. With that mentality, you may as well be dead. Shall we die as bystanders, playing it safe in this game of life? Or shall we die dirty, bruised, battered, bleeding, winded, AND ALIVE!

In the clearing stands a boxer, and a fighter by his trade,
And he carries the reminders of every glove that laid him down,
And cut him ’til he cried out in his anger and his shame,
“I am leaving, I am leaving,” but the fighter still remains.    -Paul Simon

2 thoughts on “Losing My Record Deal: Pressing On”