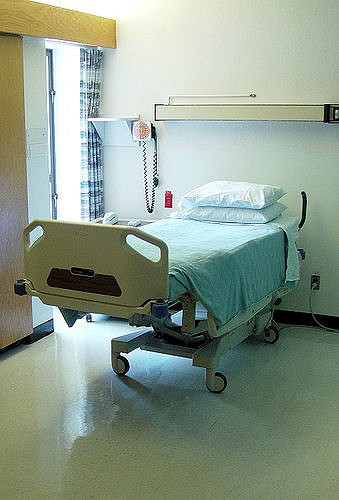 I will tell you the story of the first patient I ever lost. I’m no stranger to patient death. If you’re going to be a nurse (or anyone in the medical field for that matter), it’s something you will deal with routinely. This post is in reference to a patient who suffered a critical event while under my direct supervision and did not survive, about five years ago (around 2012 or so). I was a rookie who had seen death a hundred times under the care of another person, but I’d never personally lost a patient.

Mr. Z was a drunk. He was a frequent flyer. He would use the money he should have been spending on his seizure medications to buy booze. Then he would get wasted, have violent seizures, and his wife would bring him to the ER. He would come up swinging, too, fists throwing out wild haymakers at all of us after the seizures subsided. We’d have to restrain him. Then he’d come to his senses and apologize profusely. This happened once every few weeks.

In my mind, I can still see his wife, always casually strolling through the ER to the waiting room as we began treating him. She’d be carrying a small suitcase and a blanket, preparing for another few nights in the hospital.

On one such occasion, Mr. Z was abnormally lethargic. He didn’t do his usual Mike Tyson routine after his seizure. Dr. Y ordered a CT scan of his head. I approached Room 1 to transport him to the radiology department. He was asleep when I entered. His blood pressure was a little low, but his pulse and respirations were normal.

The radiology tech accompanied me, and we wheeled him down the hall on the stretcher; the whole trip took less than five minutes. I kept track of his heart rate and respirations throughout. He remained stable. We slid him onto the examination table.

And just like that, he stopped breathing. I quickly checked for a pulse. Nothing. We quickly slid him back onto the ER stretcher, where I began CPR. I ordered the CT tech to call back to the ER and prepare for a Code Blue (patient not breathing). She made the call and steered the stretcher back to the ER with me perched on the side, doing compressions the whole way.

My team were at the ready as we wheeled Mr. Z back to Room 1 and went swiftly to work. Despite our best efforts, within fifteen minutes, it became obvious he wasn’t going to make it. Dr. Y announced the time of death. It all had happened so fast. I was dumbfounded.

Dr. Y, a seasoned veteran of medicine, cast a glance across the room and immediately sensed my struggle to process what had just happened. She marched toward me with purpose, grasped me firmly by the shoulders, looked into my eyes, and stated,

I looked cluelessly into her eyes.

“It’s not. Your. Fault.” She repeated again.

“Tripp. It’s not. Your. Fault.” She was insistent this time, firm.

I nodded. I stepped outside, pulled myself together and finished out the shift. I’ve often pondered why I was so upset, and over the years it has become apparent to me. We treat human beings, without question, without prejudice, without judgment. Whatever your race, your gender, your sexuality, your background, we will treat you.

As an emergency nurse, whenever I feel myself compartmentalizing inefficiently, feeling burned out, exhibiting jaded behavior, getting frustrated, I reflect back on Mr. Z in Room 1, and I am reminded that human beings are human beings. A life is a life. And a life lost before its time is a tragedy. Period.

To my dear fellow nurses this 2017 Nurses Week, you sometimes carry the weight of the world on your shoulders. You are a special breed. You see more disturbing images in a typical week than most people will see in a lifetime. You are loved, you are adored, and you are a vital part of the transformation of this world. Take time to accept the gratitude and appreciation that is declared to you, for you are all rockstars.